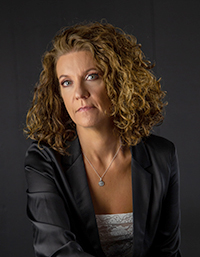 Denise graduated from Middle Tennessee State University in Murfreesboro, Tennessee in 1987. She attended Washington & Lee School of Law in Lexington, Virginia, graduating in 1990. Denise began her legal career at MichieHamlett (then Michie, Hamlett, Lowry, Rasmussen & Tweel) in the Commercial Section where she was involved in business law, commercial transactions and commercial litigation. During her time at MichieHamlett, Denise served as a court-appointed attorney in criminal matters and developed substantial experience and a love for criminal law.

In 1997, Denise formed Denise Y. Lunsford, PC and served as defense counsel for people charged with a variety of matters from traffic infractions to capital murder in both state and federal courts. During this time, she co-founded the Virginia Mitigation Project and worked with attorneys to develop mitigation theories in capital cases.

Denise was elected to serve as Albemarle County Commonwealth’s Attorney in 2007 and re-elected in 2011. She served as Albemarle’s Commonwealth Attorney until 2015. During her time in office, Denise created an experienced team of attorneys that was accessible to victims and fair to defendants.

During her time at the Bar, Denise’s work has included representing individuals in all levels of state and federal courts, administrative proceedings, including Title IX matters, and employment grievance proceedings. Her work as prosecutor and representation of individuals charged in criminal matters has included numerous high-profile matters in state and federal courts.

In addition to her legal work, Denise has been an active member of the Charlottesville and Albemarle communities. She has served the Charlottesville-Albemarle Bar Association on its Board of Directors and committees. She has also served on non-profit boards including Partner for Mental Health, On Our Own, and the Monticello Area Community Action Agency.

Providing clients
with personal, focused and expert representation in all Virginia Courts.